In the country, 1 lakh 5 thousand 5 posts are zero

At present, the number of public servants in the country is 12 lakh 5 thousand 32 people. At present, there are 5 people in various positions of government. In addition, there are 20 OSDs (Special Operations Officer) at different levels. And in the various ministries, there are 1 lakh 3 thousand 5 posts vacant. [Salika News] 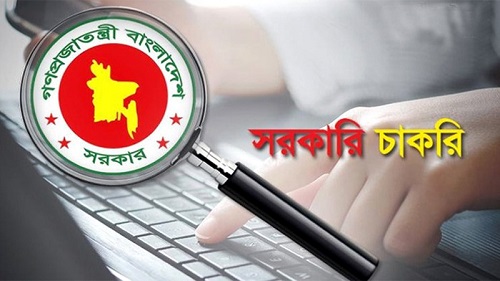 State Minister for Public Administration Farhad Hossain said this while responding to questions from MPs Morshed Alam and Golam Mohammad Siraj in the parliament on Sunday.

Responding to the question of Mujibul Haque Chunnu of the Jatiya Party, the Minister of Public Administration said that at present, there are 1 lakh 5 thousand 5 posts in various government ministries. The recruitment process is underway at Government vacancies. Last year, 6,900 officers were appointed through 5th and 5th BCS. Apart from this, the process of appointing 4 thousand 5 cadre posts through 8th BCS. Appointments are made through the Commission for Manpower for grades 8-12. Apart from this, the posts of 8-20 are appointed from their respective ministries or offices.

Last year (January 1 to December 5), 6,120 posts of various ministries and departments were created. At this time, 5 vacancies have been issued for the appointment.

The state minister said that BCS cadre (first class and above) officers are the highest in Dhaka district. There are 3 BCS officers in this district. Chittagong ranks second in terms of numbers. On the other hand, the lowest cadre officer in Bandarban is only 5. Besides, there are 28 cadre officers in the other two hill districts of Khagrachari and five in Rangamati.

Job recruitment notices are issued as well as all job preparation. Also be sure to join us to get the day’s breaking news first: